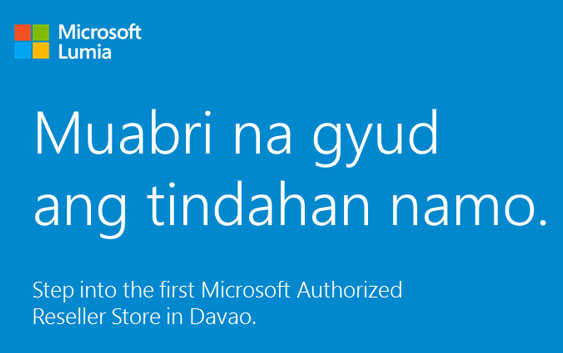 For a while now, we’ve been using Microsoft’s newest operating system; Windows 10. Here’s what I think about the OS so far.

It’s been a week since the release of the acclaimed “Best Windows Yet”. Many have had a lot of experience with the OS thus far because some of us opted to join in the Windows 10 Insider program and a lot of people have a lot of thoughts about the final product that’s been released. Is it really the best Windows Microsoft has created? Or is it all hype and you can keep your old Windows 7 or Windows 8 operating systems on your computers. Let’s find out.

Months back before the OS was announced, there were already rumors spreading about the features. One of these key features was Project Spartan (which is now called Microsoft Edge probably named “Edge” because Microsoft thought this browser had it), the new browser that was supposed to have replaced their long running Internet Explorer. It wasn’t a replacement though. As soon as Windows 10 is installed, there are actually 2 browsers one could use on Windows 10. Edge and IE (That’s Internet Explorer for the non-geeks). Microsoft Edge worked like an app (in the previous OS, Windows 8.1, apps were the programs that ran in full screen) while IE was the desktop browser. Today though, the apps we have for Windows 10 work as desktop programs because the program window could be re-sized smaller or bigger so it’s a bit inconsistent to say the least. The new browser is great though. Microsoft did fix a lot of problems IE had and it is occasionally faster than Google’s Chrome browser like they claimed.

Next we have Cortana, the people’s very own virtual assistant. Now this feature is quite intriguing because they said one could do so much with it as shown on the demo videos although, when the user starts using Cortana, it feels a bit bulky and the need for internet to use her is not very practical especially here in the Philippines where the people don’t get awesome WiFi outside their homes. She does understand some basic commands like “Shuffle my music” or “Open Photoshop” or “Open my calendar”. It was fun but the hype just really WAS hype. If one digs in deeper, the individual can find that most of the commands she recognizes can be simply clicked on or just manually create a shortcut or the most favorite way of creating fast shortcuts – The taskbar shortcuts. Another thing that could keep the user from using Cortana is that she actually collects the user’s information and saves it to a server. That’s ALL the information the individual is working on while they’re on the net using Cortana. Many would say that it isn’t worth the risk.

The Start menu comes back way better than before! It combines the familiar start bar many Windows users are used to and the Windows 8 tiles which one can use in a variety of ways. Some use them mainly for checking out their reminders in the calendar, leaving on the email app to see if there’s some new mail, or using the weather app to see how the day will go. One can still add their own tiles but it works just like a shortcut so there’s no apparent need to do so. The user can also re-size the start menu now! Make it wider or taller so that it will suit that person’s needs. For Windows 8 fans, the start menu can be set to full screen start just like how it was on the Windows 8 OS. One thing that not many users may have noticed is that the user can directly type when they’re on the Start menu! It goes straight to Search mode and it searches what program is being searched for which is pretty darn good.

While there are still a lot more great features that are added in this great operating system, these are the most notable highlights of the operating system right now but there’s still one app that many would find themselves loving right now and that’s Groove Music. The new music app for Windows 10 now SUPPORTS FLAC (It’s a lossless audio format, an Audiophiles favorite). Now many won’t have to get any other 3rd party app for their music. It still has bugs though and users from the Philippines can’t sign in if their region settings are set to Philippines. (Apparently, that’s also the case for Cortana! Just set the region settings to United States and Cortana is ready to be in service.)

Many of these apps still have their bugs and it’s still the early stages of the OS anyway so nobody can be quick to judge. Who knows? These programs might get better in the near future so watch out for these cool Windows 10 exclusives if that’s what you’re after.

For the people who work a lot using their computers, this is the main issue because how can the user work with their PC if the operating system is not efficient enough? If Windows 10 makes the user’s job harder, then why bother downloading that 3 gigabyte update and upgrading to the next Windows. That’s what many would say and of course, Microsoft proved themselves by creating a top-of-the-line genuinely great operating system . Windows 10 performs absolutely AWESOME! Working is now easier especially because of the new feature they added – The multiple desktop feature – which enables one to create multiple virtual desktops that the user can work with separately. Also, now that the start menu is back, one can easily check out their calendar for schedules and open their mail every time they receive a new important email. Many will love the new action center which has a notification bar-like feel to it. It logs important changes in the system like maybe an important email or that the person’s download just finished. If the PC to be upgraded is used for work, Windows 10 is perfect for that computer but what about those who don’t use their computers for work? What about the gamers? With the new DirectX12, gaming will start getting better – A lot of people who are using Windows 10 will actually notice it already. To make it really really simple, here’s what directX12 is in a nutshell: It balances out the more taxing programs that are Graphics hungry that use the CPU by taking some of the load away from the CPU to your GPU. To make it even more understandable, with DX12, the CPU and GPU work together more.

Now, when gaming, One can actually crank up some settings and see a more stable frame rate compared to when using Windows 8.1.

Upgrading to Windows 10 is so simple, even a monkey can handle it. Well, not entirely. That’s what many would think at first but it really is pretty simple. Just reserve a copy of Windows 10 and the upgrade process is pretty straight forward. “Keep my settings”, “Keep my old files”, a few options here and there and it’s ready. The only problem is the computer’s drivers. Windows updates some of the drivers that are already installed into even worse ones. If the user is using a laptop, some might notice that the track pad’s driver gets broken because of some update. Gestures start to malfunction and sometimes, the user won’t even be able to disable their track pad using the function key shortcut it was set on. The user will have to download the driver from the manufacturer’s website to fix that. Another potential problem would be the audio drivers. It sometimes “updates” the audio driver to a later version yet it would go from a 5.1 channel audio to stereo. Imagine have 5 speakers. Now imagine Windows taking 3 of those. That’s exactly what will happen and again, the user will have to download the driver for that. The rest of the process is really simple. All files should be in tact and everything the user installed should still be there and working. It’s hassle free but just beware of some driver issues.

Should one upgrade to the new Windows 10? It’s entirely up to the individual although, right now, the benefits definitely outweigh the consequences. Performance, features, and user-friendliness gives Windows 10 a thumbs up. Although – Windows 10 is still incomplete and probably will never be completed because of the statement Microsoft has given – Windows 10 is the final version of Windows. The people won’t be seeing any more versions like 11 or 12 or 10.1 or something like that. Instead, they will keep it simple and release updates to Windows 10 (for some reason, it’s just like what they do with Apple.) and keep molding Windows to become the best OS there is. So whether the user upgrades now or later, one will still reach the point where there is nothing left but Windows 10.