I needed a powerful machine that could handle my work as well as game from time to time. I got myself my very own ASUS ROG G551JW a month ago.

It features some extra goodies in the package but everyone here came for the laptop so we can do away with the extras for now and for those individuals who need a consult, here’s the complete review of this beast of a mobile PC.

What’s Under The Hood of the ROG G551JW?

The Republic of Gamers G551JW from Asus is a pretty down-to-Earth gaming laptop with a premium mainstream price, a stunning minimalist look, and a great quality build. Considering the hardware installed in this compact gaming beast, the price is appropriate for the G551JW.

-Equipped with an Intel Core i7-4720HQ CPU with a whopping 8 Cores clocked at 2.60 GHz, this unit is great for gaming and light to medium content creation.

-The 16 Gigabytes of RAM is more than enough for gaming and perfect for heavy work and multi-tasking on the go.

-For gaming, the beast has a NVIDIA GeForce GTX 960M 4 GB DDR3 card. Get ready for desktop-performance gaming on this mobile notebook people.

-A 1 Terabyte 7200 RPM for a massive storage to fit games and documents right inside the laptop.

As previously mentioned, this one definitely has the style. For minimalists, this notebook is a plus. The back of the screen has a gorgeous brushed aluminum finish that’s fairly simple to clean. Here, you’ll also find their reflective Asus logo as well as an illuminated Republic Of Gamers one. On the bottom, we have some rubber pads to keep the notebook from sliding around and we have vents to keep the unit cool which is pretty good. It’s worth mentioning that the longest run on this review unit was 18 hours and it stayed at top performance despite being a warm humid day. On the sides, we have the ports, a Blu-Ray reader and the SD Card reader can be found in front. It’s also a nice touch that they’ve added some red accents on the beveled edge above the ports which really adds to the whole red theme of the Asus Republic Of Gamers’ product line. Although, a notebook’s looks can only get it so far and once the unit is opened up, that’s where the stuff that really matters comes to light. The G551JW sports a multitude of screens but this particular unit is equipped with a matte finish 15.6 inch Full HD 1920 by 1080 IPS screen which has wicked viewing angles and excellent color display. It’s even fairly usable outdoors as long as it’s not hit by super bright sunlight directly. The keyboard has a nice red backlight with 3 levels of brightness and the wrist rest on this unit is also brushed with an aluminum finish. While it may stain often because of the  finish, like the back of the screen, it easy to clean. On the keyboard, a power button might not be as noticeable because it’s found ON the keyboard itself by the top right most key replacing the “end” key. It has a subtle dot of red light to indicate that the Asus G551 is on. You’ll also find the track pad which is amazing by the way. It’s very responsive and the custom gestures make it very intuitive to use. Personally though, I’ve had some problems with it because the gesture driver sometimes fails to load on startup and like many of the traditional Asus track pads, it’s not fun to clean especially the sides but other than that, it’s a pretty good piece of hardware. The performance of the pad is superb to say the least. It’s very responsive and it tracks my palms well especially when typing on the go without a mouse by the user’s side. By the top of the keyboard, we have 2 speaker grills which are just absolutely awesome. The sound quality is great on speaker and it’s actually fairly loud if cranked up to full volume when listening to music.

After testing the unit, performance is pretty admirable considering the price of the G551JW. Battery is as expected on a gaming laptop – Just around an hour of light gaming and content creation and barely reaches the 3 hour point while doing some light to medium heavy tasks like browsing the web, watching videos, listening to music, and doing some document work like typing all while keeping the screen just around 60%. Of course, one does not simply game without plugging in your AC. Gaming is great on the beast, it delivers well on most of the more demanding games on the market today. For the more earlier last-gen titles, you can easily crank up the graphics to max and play at 1080p without any frame rate problems for hours and hours on end especially because of the new Windows 10 Upgrade that has recently been given away for free. Check out my Windows 10 Review.

This unit has been here for a month now and the verdict is… AWESOME! If you’re a gamer on the go, this one is near to perfection. Like everything else, the Asus G551JW has it’s own pros and cons but the pros definitely outweigh the cons here. It’s not as bulky as many other gaming laptops out there, it has a decent battery life for work and other stuff you do, and of course, the gaming on this beast is great if you set your standards to a realistic result… it still is a laptop and there are always restrictions and limits to these compact, mobile gaming systems.

It’s beautiful, the build is solid, and the hardware it comes with more than compensates the buyer – not a bad place to be in especially in the gaming market. 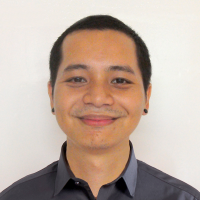