Assassin’s Creed Syndicate just came out recently, but what’s new? Here’s my review on the much anticipated game from Ubisoft.

Around 150 years ago, it was the edge of the industrial revolution. This is when “Syndicate” begins. Yeah, we still have the present day story but this time, it seems even more interesting than the past titles. Is the latest installment going in the right direction? Read on to find out! Here’s the full Davao Geek Hub review of Assassin’s Creed Syndicate!

First of all, the game was completed on an Asus G550JW laptop. 16 GB of RAM, an i7-4720HQ CPU, and a GTX 960M for graphics. Syndicate set at custom settings – 720p resolution at a Borderless Fullscreen, all medium settings with anti-aliasing OFF. If you have a greater system then you can most definitely enjoy this new title.

Take note that this review is a TOTALLY SPOILER FREE review so feel free to read on with confidence! 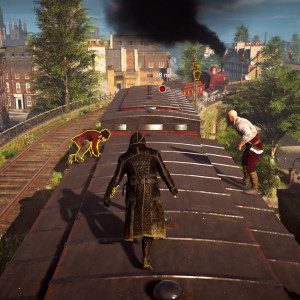 As with all the other Assassin’s Creed games throughout history, this one differs a bit but it is still the same game AGAIN. The only noticeable difference in the gameplay this time around is the new grappling hook system (which they call the “rope launcher”) and vehicles. Yeah, vehicles. You can now steal and ride carriages in the game – horses included. This isn’t anything particularly new because we’ve already had ships starting in Assassin’s Creed 3 which we really loved by the way. Too bad we won’t see any open sees here in this game. Another great addition to the franchise is train travel. You can fight on top of a moving train, use it as a fast travel mechanism, or just cruise around London and enjoy the scenic view. As for the free-running, the game improves quite a bit on this making it more seamless and enjoyable. The game does have the occasional free-run bugs like not going or climbing where you want to or getting stuck inside a building or something like that. Also, I found that the stealth system is a bit sloppy for me now. I find myself bumping onto people but not getting into stealth mode and this can get quite troublesome during some missions where getting detected is crucial.

Combat is great and fast paced this time. Gone are the days where all you do is stalk and stab. In this game, you fight with a combo system where you’re in the center of the action always. Gang fights are extremely enjoyable and while the combat does get repetitive after a few hours in, it’s still fun to beat the s*** out of your enemies. This time around, you get to equip various different weapons with different styles of attack unlike the previous games where weapon picking is very limited. Fighting has never been better for me! 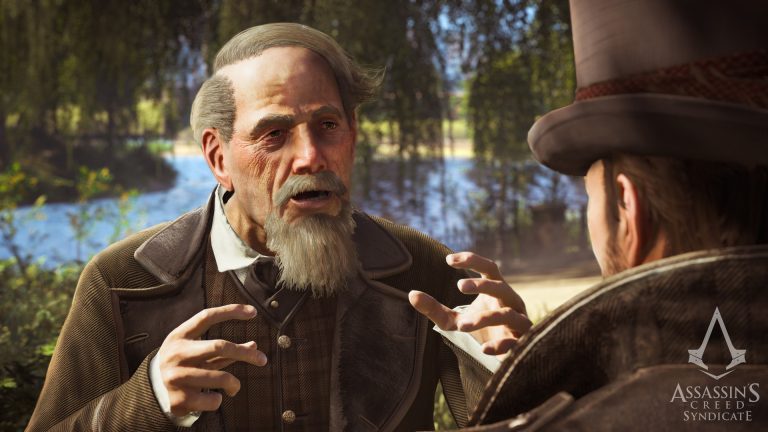 This is arguably one of the best graphical masterpieces in Assassin’s Creed history. The buildings complement the style of the game while the busy streets of London keep you bewildered in this massive world. The animation is smooth and the facial expressions seem so real. It’s not really a huge leap into the future but these small improvement contribute well to creating a better Assassin’s Creed universe. The individuals are drawn out so well that each person in the street seems like a different character altogether.

What else is there to say? The graphics in this game are phenomenal. 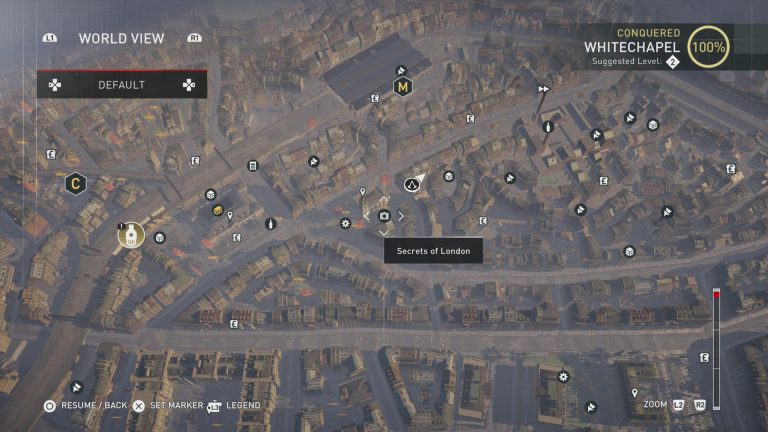 The semi-open world in Assassin’s Creed Syndicate is just massive. I even find myself wandering for hours and hours just looking for that last item on the map before I start the main missions! There’s a lot to explore and a lot to discover from secret items to special missions. There are various events that happen at a moments notice that you won’t even keep track of the mission you are going to be doing next. It’s a huge improvement to the franchise that might even rival the open seas of Assassin’s Creed Black Flag.

While every aspect of the game is great, the music score in this one might be a bit disappointing. Even in the action packed scenes and fights, I don’t find myself engrossed at all with the music that I’d rather be playing the Black Flag soundtrack.

The sound doesn’t exactly capture the action that they’ve put much effort into putting in the game. It sounds a bit toned down and sometimes, I don’t even notice the music at all. Comparing it to previous titles, I’d give the music an “Okay” rating for this one.