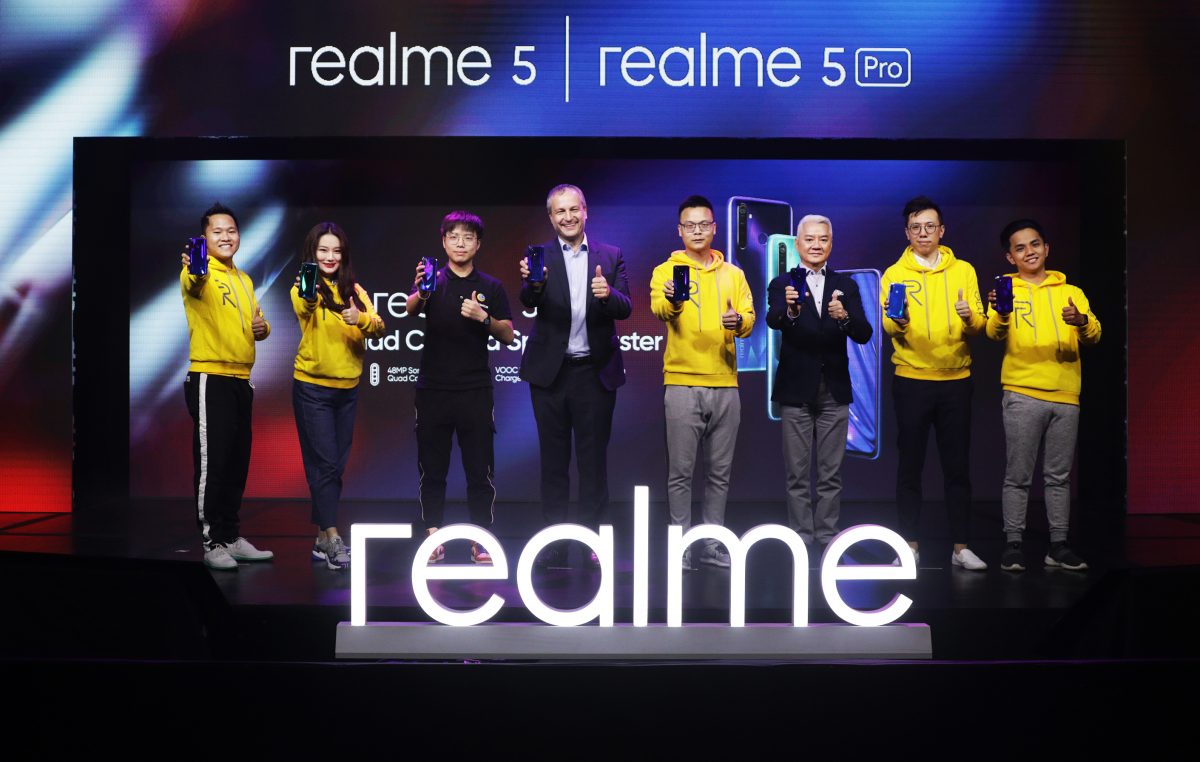 “We at realme Philippines are thrilled to revolutionize the smartphone experience of the Filipinos by leading the leap to attainable quad camera technology, which marks realme’s new era of smartphone imaging technology. By bringing the realme 5 Pro and realme 5 to the Philippine market, we put an end to the notion that only flagship phones can have premium features. Both these cutting-edge devices are a testament to our steadfast commitment of providing Filipinos, more specifically the youth, with the smartphone experience they deserve,”

The 5 Pro is equipped with a Qualcomm Snapdragon™ 712 AIE processor and an Adreno 616 GPU. This provides the best operation, game, and entertaining experience. It also improves the phone’s graphics performance and energy efficiency by up to 35 percent. The device also features a 6.3-inch FHD+ screen with a dewdrop design.

The realme 5 runs on a Snapdragon™ 665 processor and an Adreno 610 GPU. This promises enhanced gaming performance with real visual sense. It also allow users to play a variety of mobile games with a seamless experience.

The realme 5 also has a quad-camera setup like the 5 Pro; a 12MP main camera, a portrait camera, an 8MP 119-degree ultra-wide-angle lens, and an ultra-macro lens. It also sports a 13MP AI front camera optimizes the selfie beauty function for the best self-portrait.

The 5 Pro will be available for pre-order offline from October 4 until October 11, 2019 at realme kiosks and partner stores nationwide. You will need to pay a minimum of PHP 500 deposit when pre-ordering and will receive a realme 10,000 mAh powerbank worth PHP 1,599 for free. You can then claim the device can starting October 12, 2019 during realme’s first day sale.

The 5 Pro can also be pre-ordered online at Lazada from October 3 to 8, 2019. Those who pre-order online can redeem the device starting October 9, 2019. realme will also be holding its very first Lazada online sale for the realme 5 Pro on the same day.

The realme 5 will also be available starting October 3, 2019 at all kiosks and concept stores nationwide. While the 3GB+32GB variant will be exclusively available online at Lazada.