Every Pinoy Pokefans are eagerly waiting for the Philippine release of Pokemon Go here on our country. Now it’s finally here.

Yes, you heard me right! I myself have been eagerly waiting for the game’s release here in the Philippines, so I kept my eye on the online community for any updates upon its launch. And when I woke up this morning, lo and behold, I read the four words that lit me up from one of the Pokemon Go Facebook groups, “May Pokemon Go na!!!”

And so I immediately checked Google Play and there it was just waiting to be installed. I’ll be check the app later after it downloads so go ahead and install it and see you on the streets. Go catch em’ all! Don’t forget about Smart’s free 7 day data access.

Pokemon Go is an mobile Augmented Reality (AR) game created and develop by Niantic, the same minds that created Ingress, in collaboration with Nintendo and The Pokemon Company. It uses mobile devices with GPS to locate, capture, train, and battle Polemons, which appear as if they are in the player’s real-world location.

Just read reports that the Pokemon Go AR game primarily just launched on a select few of countries and regions at this time. Included are Brunei, Cambodia, Indonesia, Laos, Malaysia, Philippines, Singapore, Thailand, Vietnam, Taiwan, Papua New Guinea, Fiji, Solomon Islands, Federated States of Micronesia, and Palau. If you do not live in one of these countries and regions, chances are the game won’t be available in your area yet. The developers of the game, however, assures fans that the game will be available in their home country soon.

You can download and install Pokemon Go from the Google Play Store and the Apple App Store. 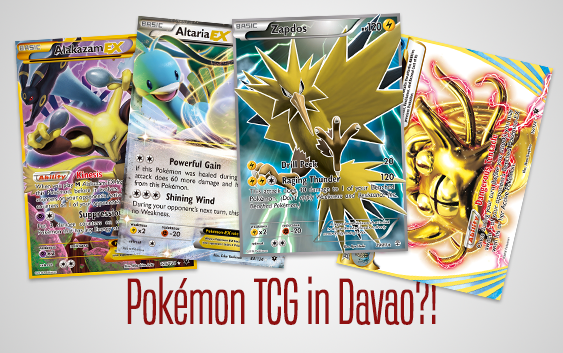 Calling All Pokemon Trainers in Davao City to join the League!