The livestream launch was headlined by celebrities Nadine Lustre and James Reid, and showcased the power of the latest smartphones. The tech brand highlighted its superiority in AI-powered camera features such as Bokeh Flare Portrait Video/Photo, Portrait Beautification Video/Photo, AI Palette, and Focus Tracking. Both variants are also powered by 5G, allowing for an unparalleled smartphone performance.

“Emotion is an important manifestation of life. With OPPO’s future-centric camera technology, we are happy to introduce the latest AI Camera Portrait features which aim to inspire Filipino millennials and Gen Zs to capture their true emotions in portraits using the latest OPPO Reno6 Z 5G and Reno6 5G,”

The new OPPO Reno6 series features an AI Triple Camera setup with a 64MP main camera, 8MP ultra wide-angle camera, and a 2MP macro camera. For the front, a 32MP selfie camera can be found for smooth and clear self-portraits. Additionally, the Reno6 5G ahs a dedicated color temperature sensor that accurately captures the hue and warmth of colors in shots.

Portrait Beautification is also featured on both devices. It can remove unwanted blemishes while still retaining natural features. The Reno6 5G is capable of this feature in photo format, while the Reno6 Z 5G is capable of the feature in both photo and video. A returning feature can also be found in the new Reno6 series; the Dual-View Video, which is available in the Reno6 5G. This feature allows users to use both front and rear cameras simultaneously while shooting videos. 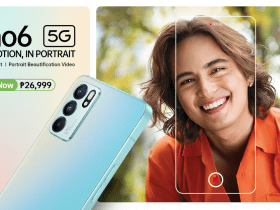 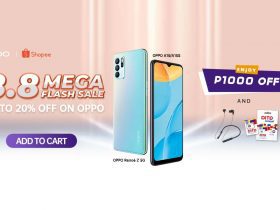 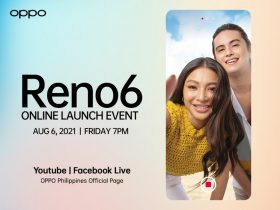