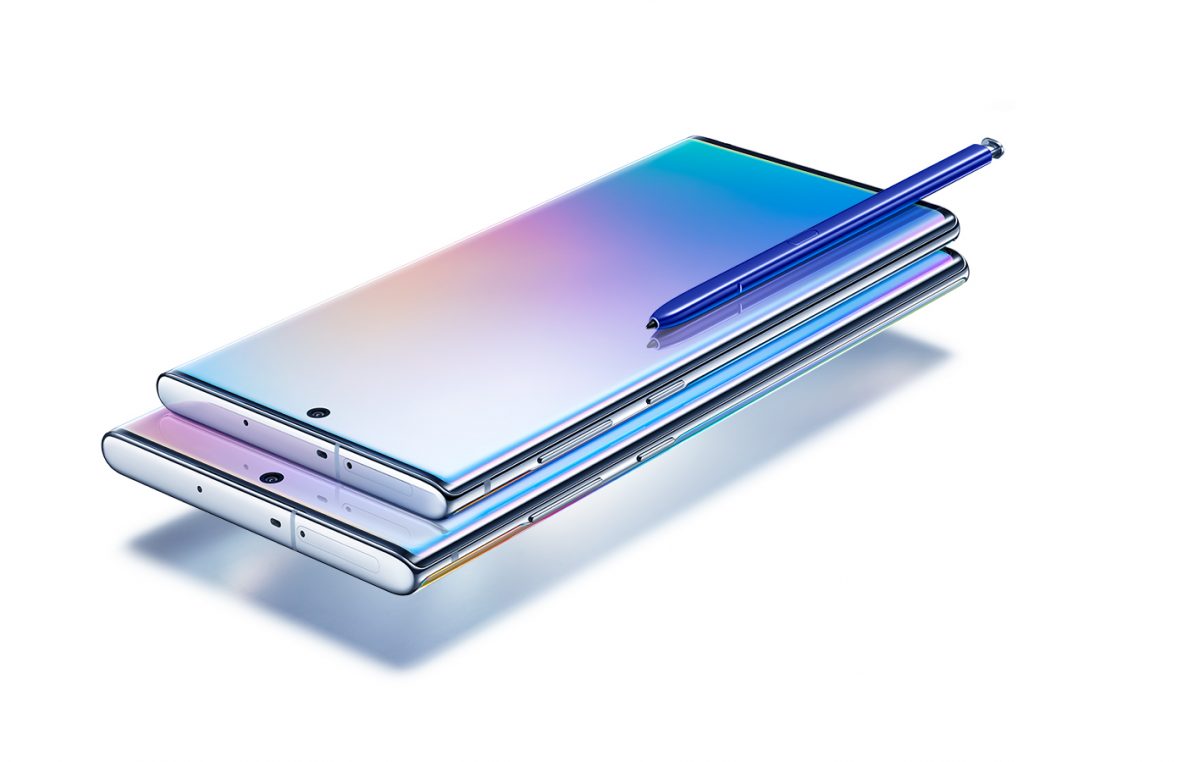 For the first time ever, the new Note comes in two sizes and variants. First, we have the standard 6.3 inch Note 10, and we also have the top-of-the-line 6.8 inch Note 10+. The 10 is sufficient enough to be the flagship but if you want a power user who want’s a bit extra, then the 10+ might be your choice.

“From the very beginning, the Galaxy Note has stood for the best-of-the-best technologies and features. The Galaxy Note10 re-imagines this promise for the modern Note fan who uses their smartphone to take their productivity and creativity to the next level, and who effortlessly flows between ideas and endeavors at a moment’s notice,”

“Every element of the Galaxy Note10 was designed to help users achieve more. Whether they’re finishing a big project for work, capturing and editing a video, or playing their favorite mobile game, the Galaxy Note10 will help them do it faster and better.”

The Note 10 Line’s display is Samsung’s best yet. The display is designed to immerse users in their favorite TV, movies, and games. It has an Edge-to-Edge Cinematic Infinity Display. It is near bezel-less and has an in-display cut out for the front camera. The Dynamic AMOLED display has HDR10+ certification and Dynamic Tone Mapping, making photos and videos are brighter than previous Note devices, and feature a stunning, wide color range.

Like previous Notes, the Note 10 and Note 10+ includes the S Pen. The S Pen still has the Air Actions feature that was available in the Note 9. You can also easily Jot down notes and can convert them easily in digital text and export them in a variety of formats, including Microsoft Word.

Speaking of Microsoft, you can also integrate the Note 10 to your Windows device directly into the Quick Panel. This allows you to see notifications, send and receive messages, and review photos on your Windows device. All without pausing to look down on your phone.

But of course, you can also opt to use Samsung Dex for PC that makes it easier for users to work between their phone and a PC or Mac. With a simple, compatible USB connection, users can drag and drop files between devices, and use their favorite mobile apps with a mouse and a keyboard, while keeping their data secure on their phone through Samsung Knox.