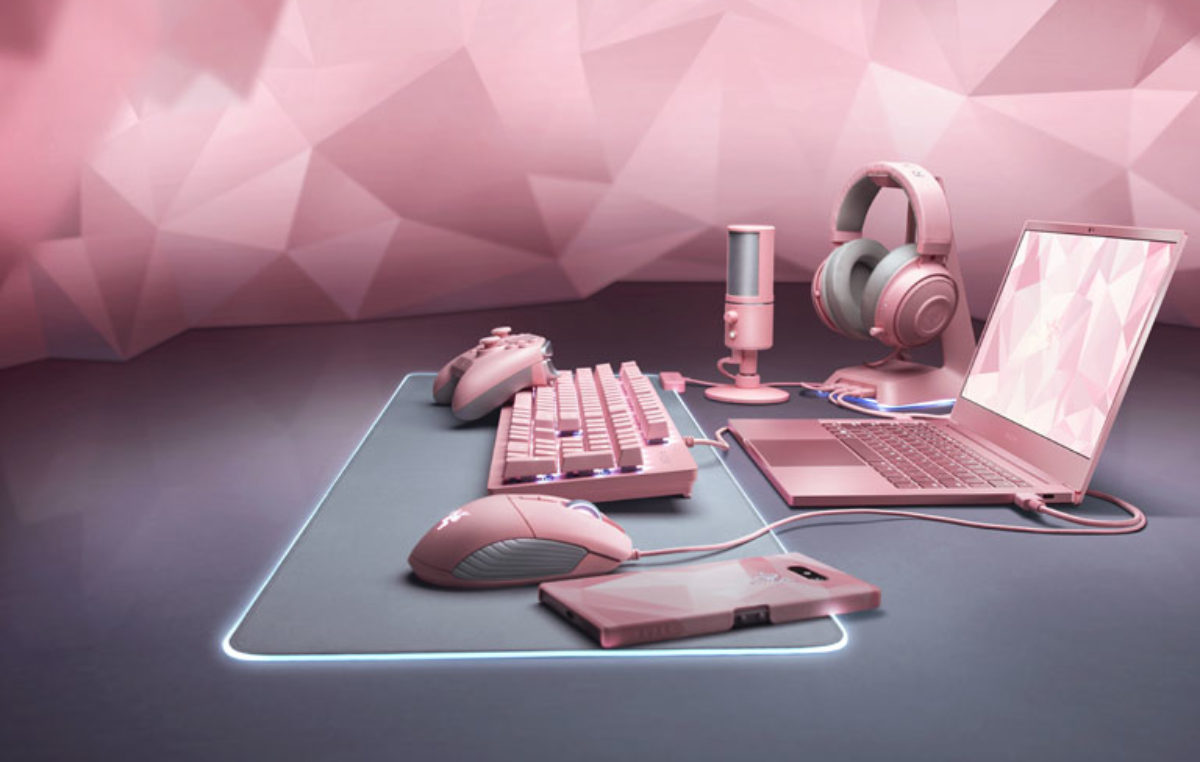 Razer just announced their new Razer Quartz pink collection of their products, an expansion of their Quartz line hardware.

The collection all sports a premium pink design. And it now includes even more of their best-performing hardware.

The Basilisk is an advanced FPS gaming mouse. It’s fast, accurate, and deadly. It sports an advanced 16,000 DPI 5G optical sensor and features a customizable scroll wheel resistance and a removable DPI clutch.

The Goliathus Extended is their bestselling mouse mat which is a perfect match for an y Razer mouse. The Quartz Pink variant is also powered by Razer Chroma illuminating your gaming experience in stunning colors.

Catered to competitive gamers, the 3rd gen Razer Kraken has large 50 mm drivers that deliver powerful and clear sounds. The gaming headset is known for its comfort and style.

The perfect partner for your Kraken would be the Base Station. It is a headphone stand where you can rest your headset when not in use. It also has Razer Chroma to fit your battlestation.

If streaming is your thing, the Seiren X is for you. This condenser mic designed and tested by top streamers and has one of the best microphone technology out there.

There is also a Quartz product for mobile gamers. The Quartz Case is a perfect fit for the Razer Phone 2 if ever you want to complete the pink set.

The Razer Quartz line is available online exclusively on Razerstore. Note that there is only a limited quantity available for the Razer Blade 13 Quartz Pink. You can check out the collection here: https://www.razer.com/campaigns/quartz